Botafogo has nowadays six headquarters spread out through Rio de Janeiro and Niterói; each of them is responsible for a distinct area of the clubs activities: its sports, administration, games and matches, and events. Botafogo's estates are:

Built in 1912 and opened in the following year, the Stadium General Severiano held the first match of Carioca Championship in 1913 as its first official match, in which Botafogo won Flamengo by 1X0. A few years later, in 1927, was launched the cornerstone of the colonial Palacete (mansion) which was officially open in 1928, with a week of festivities. A great ball for all of Rios high society was held in December 15th of the same year to end the celebrations for the opening of the magnificent construction that still holds its original architectural structure till these days. In 1976, when the club sold its headquarter to Companhia Vale do Rio Doce, the club left its mansion to initially occupy Mourisco Pausteur, where the club remained from 1977 until 1992, year in which the club transferred to Mourisco Mar. It was only in May of 1994, during the management of President Carlos Augusto Montenegro that Botafogo returned to the mansion. By then the stadium no longer existed.

Since 2004, the headquarter houses Botafogos professional team with great comfort and infrastructure. The training center, which was named after journalist and Coach João Saldanha, holds the main teams lodging and a complete training area with modern equipments fit for the ideal development of its athletes. The center has a natural grass field, a synthetic grass field, a large and modern dressing room with custom lockers, a leisure area with TV and games, an exclusive dining room for the athletes and technical commission with menus elaborated by the clubs nutritionist, a medical department end recovery center, a physiotherapy lounge with spas, swimming pools and an Jacuzzi for recovery purposes, a bodybuilding and gym all fully integrated to the SECTOR software which keeps track of players medical history, statistics and physiology. At this training center there is also a modern press room named Armando Nogueira/Tempo Real, which is considered to be one of the most charming and functional among Brazilian football.

The Social and Sports Complex Paulo Azeredo, in General Severiano, has a large leisure structure with three swimming pools (two for recreation and a Semi-Olympic one), a multi-sport gym, two courts, barbecue place and a new sauna. In the sports complex the volleyball and basketball teams are trained and also holds the childrens sports schools, where they can learn and practice sports such as swimming, indoor football and society football. Besides the sports, this headquarter also holds the board of the club as well as its management. One of the newest attractions is the restaurant Fogão Gastronômico, with a theme menu, black and white decoration and pictures of the clubs mais idols. The restaurant is open every day, operating in the self-service system and its open to the general public.

Another attraction at this headquarter is the clubs Trophy Room. Cups and trophies are exposed for the fans admiration, showing the teams winning spirit. There are also historic photographs and documents available for the public eye as well as a special section dedicated to Nilton Santos (with pictures, awards, antique shirts and other relics from the great master) among other memorabilia that will touch every Botafogos fans hearts. The Founders´ Memorial (Memorial dos Fundadores) and the Time Tunnel changed the face of the headquarters. The first one is a space which honors the 12 precursors of the black and white passion (paixão alvinegra), and the second one makes ode to the glorious history. Within the path that connects the gatehouse entrance to the social sportive complex, there is a rich collection with historical images of the main black and white idols in action. There is also the narration of goals and hymns of the cheering, which makes the path exciting and nostalgic. The final part of the building is exclusively destined to the Olympic Sports, showing that "in other sports, your strength is present" ("noutros esportes tua fibra está presente").From the height of its mast of 22m, a great black and white pavilion with dimensions of 4x6m waves at the garden of the historical house of General Severiano. The super flag can be seen from many points of the city, which strengthens the greatness of the club.The new Official Store is another great attraction of General Severiano. Robust, with 200 square meters in privileged position, the store offers all the comfort for the sports fans, who are provided a large line of licensed and official products. There is also a charming space reserved for temporary exhibitions, decorated with pictures of great idols who wrote their names in the history of the club.

Located among landmarks of Rio de Janeiro, such as the Botafogo Bay, Guanabara Bay, and Pão de Açucar, Mourisco Mar is Botafogos aquatic sports headquarter. The place holds an Olympic Pool, where victorious swimming and water-polo teams practice (the latest pointed as the best of Brazil in 2009).

Inaugurated in 1969, the Sports Complex Mourisco Mar is one of the most traditional in Brazil for the practice of water sports. It held numerous competitions such as swimming, water polo and synchronized swimming, in which Botafogo was State and Brazilian champion in several occasions. Revealing great talents is a part of the complexs history and who up until now composes the Brazilian team in international championships.

Between 1992 and 1994, period in which General Severiano was being remodeled, Mourisco also held Botafogos management. It can be easily accessed by subway, bus or car, offering privative parking.

In the facilities, which aim at the development of new athletes and the training of the swimming and water polo teams, theres a heated Olympic Swimming pool (25 meters/50 meters) and covered bleachers with capacity for 1.200 people.

In the internal part, theres a room for the medical and nutritional wings, a lecture room, a conference and video room with capacity for 50 people (aiming at the athletes bio-mechanics correction and improvement), a room set for physiology, workout rooms, and rooms for teachers and coaches. There are also men and women dressing rooms with laudry, lockers, restrooms and showers.

Among athletes, member, non-members, beginners and masters, theres an average of 980 visitors a day. There are also activities for public and private school students, which highlights the strong meaning of social and sports practices to the neighborhood community

Open from Monday to Friday from 06:00 a.m.-8:00 p.m.; Saturdays and Sundays the facility is open for athletes only, according to training programs.

Located in a privileged area in Rio de Janeiro, the nautical headquarter is located at Lagoa Rodrigo de Freitas, a citys landmark, on Av. Epitácio Pessoa, 1.561.

Its the place where Botafogos rowing team practices and its also a rowing school. The facility offers a massage and physiotherapy room, a room for the technical commission, a gymnastics room with workout equipments, a garage for 50 competition boats, a training tank for up to eight rowers, men and womens dressing rooms, carpentry for boat repairing and two access ramps to the pond. Botafogos rowers practice at Lagoa Rodrigo de Freitaslane.

The facility also has five individual bedrooms for athletes and regular lodging for up to 10 rowers. Theres also a pantry, kitchen, reception desk and assembly rooms available. Botafogos Rowing Team has 80 federated athletes; the pre-team has 30 rowers and the school, which is considered the best rowing forming school, is also the largest in Brazil. Nowadays, the school has more than 300 students of different ages.

In Marechal Hermes children are trained, and the schools are also open to the girls. Its at this Training Center where the Player Selection Process takes place, the traditional "strainer", for the selection of future talents.

Inaugurated on July 20th 1941 by the states government, the Estádio Caio Martins, in Niterói, is currently under Botafogos concession. For a long period of time, the stadium was one of Botafogos greatest trumps during the State and Brazilian Championships. There, Botafogo had expressive victories, among them, the results that would lead the team to win the Brazilian Championship in 1995. In 2003, the stadium was remodeled, increasing its capacity to 15 thousand people, through the construction of concrete and tubular bleachers, besides the VIP chairs and boxes. At the "boiling pot", nickname given to the stadium by the teams fans after the remodeling, Botafogo went back to the first division of the Brazilian Championship in the same year of 2003. Since 2004, the club no longer uses this stadium for matches and training of its professional team. Today, the base juniors and juvenile categories (total of 80 athletes) train and play at this sports complex. The facility has a lodge for 20 athletes. Besides hosting matches os the clubs base teams, it also houses Botafogos official school (Stars of the Future) and the social project (Solidary Star), at which children practice various activities trhoughout the day. At this facility, theres a lodging with central air conditioning for 20 athletes, a full medical department, workout room, psychology room, management, three dressing rooms, four Jacuzzis, two physiotherapy pools, a kitchen with dining room, an official playing field and two society football fields and an industrial laundry room. 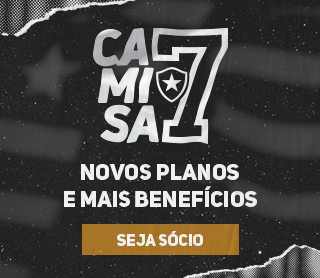 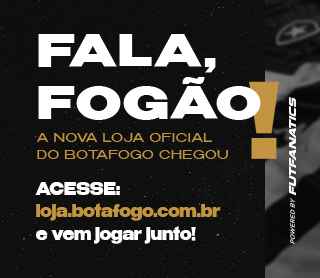 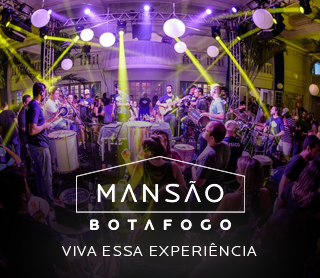